Singing Is in the Blood for Michael Black

By Earle Hitchner
From The Irish Echo

A resident of San Francisco since 1984, he's part of a famous Dublin singing family who often gathered in the parlor or kitchen of their home on Charlemont Street to join voices in song. Kevin Black, a plasterer by trade, and his wife Patty had five children: Shay, Michael, Mary, Martin, and Frances.

Mary Black's tenure in such bands as General Humbert and De Dannan brought her national and international recognition, and as a soloist, she became one of Ireland's most popular vocalists. After a stint with the traditional band Arcady, Frances Black also carved out a successful solo career.

Shay, Michael, and Martin Black have not yet reached the level of public awareness and appreciation enjoyed by their sisters. Each brother is a skillful harmony singer with clear solo potential, as heard on "The Black Family" in 1986, the Black Family's "Time for Touching Home" in 1989, and the Black Family's "Our Time Together" in 2004. The brothers also burnished their vocal reputation with their album "What a Time" in 1995 that featured their mother singing lead on a whimsical music-hall ballad, "Now I Have to Call Him Father." (Patty Black sang another music-hall ballad, "A Bird in a Gilded Cage," that concluded the Black Family CD "Our Time Together," released the year after she died.)

The Black brothers enjoy and encourage sing-alongs. I witnessed this firsthand many years ago inside a large hotel room at Milwaukee's Irish Fest, where they guided a late-night singing circle featuring Karan Casey, Bridget Fitzgerald, and Aine Meenaghan. One of the sing-alongs was "You Are My Sunshine."

Bouncy ballads geared for common fun or participation are not the only songs in the Black siblings' repertoire. "The Black Family" album offered the creamy culinary cheer of "Colcannon," but it also featured the stark, sociopolitical ballad of "James Connolly." The recording "What a Time" offered the humorous, colorful rhymes of "The Charladies Ball," but it also featured "Reconciliation," described by its Cork-born composer, Ron Kavana, as "a love song with a difference--the lovers are the North and South of Ireland." And wrapping up the more pop-inflected songs on "The Best of Frances Black" compilation was her stinging, unaccompanied "bonus track" of Ewan MacColl's "Legal Illegal."

Lighthearted ballads and tough-minded songs also appear on Michael Black's solo CD. Colm Gallagher's smile-inducing "My Father Loves Nikita Khrushchev" and the children's dandling ditty of "Little Pack of Tailors" convey an effervescent glee hard to resist. The buoyancy in the first ballad is strengthened by Liz Knowles on fiddle and album producer John Doyle on guitar and bouzouki, while the second ballad benefits from the harmony vocals of Doyle and Shay Black.

Backed sparely by Doyle on guitar and bouzouki and Frances Black on harmony vocal, Michael Black sings that latter song with an unforced, deep-seated conviction exposing the hollow, contradictory logic often leading to war: "Here I stand in a land that isn't my own / Far from the country that I call my own / I was sent here by government and hung by a king / And I'm told I must kill men in order to bring / Peace to a foreign land." The chorus repeats a plea: "Don't despise the deserter." It's a disquieting sentiment that will no doubt alienate or offend some listeners.

Another untimid take on militarism is "When the Boys Are on Parade." Written by New Zealand's Marcus Turner, this cautionary ballad about telltale signs of impending war has an unmistakable springiness in its clever, tumbling internal rhymes. But within that verbal flow is a staunch, stern admonition: "And as the procession passes by, consider the sight before your eyes / 'Cause it'll be you they'll kill and die for when they are called to the crusade / And you may love them and adore them, you may hate them and abhor them / But for God's sake don't ignore them when the boys are on parade." The song argues that support for or opposition to war is not the real issue. Apathy is.

Anti-Irish bigotry is greeted with an acidly witty turnabout in "Pat Molloy," a traditional ballad about a young Irishman insulted by a Cockney native of London who insists he "speak to your brother," that is, a donkey or, more bluntly, an ass. Here Michael Black sings without any accompaniment, and it's a wise decision, stripping the song of the usual instrumental trappings that can hide meaning in the interest of heightening laughter.

Composed by Billy Edd Wheeler, "The Coming of the Roads" is more than an anti-mining or pro-environment song. It taps into the motives betraying an implicit trust with the land: "Now you've changed and you've gone over to them / You've learned to love what you hated before." The playing by Dirk Powell on piano, Knowles on strings, and Doyle on guitar ably complements Black's vocal.

Michael Black's interpretation of the traditional song "The Willow Tree" reveals a lyric not wholly geared for children, to whom it is often sung. The couplet "The moon is moving over Poll na Bron / Where two lovers are lying on their bed of stone" suggests a poignancy beyond a mother's mere sleep-inducing coo at night.

Among other songs effectively sung by Michael Black are the traditional sing-along chantey "Billy O'Shea," Shay Healy's "Tarry Flynn," the Irish-language "Mo Mhadu Beag," and "Youth of the Heart," which warns against delaying love for personal fortune.

Black also plays banjo on four tracks, including the jig medley of "Earl's Lane/Old Hag You Have Killed Me/Sparks" that features Seamus Egan on low whistle and John Doyle on guitar and bouzouki. Black's picking is clean and competent, though any comparison with the banjo wizardry of Gerry O'Connor would be folly.

"Don't Laugh at Me," a song written by Steve Seskin and Allen Shamblin, is the only track where Michael Black plays guitar. His guitar playing is serviceable. The song itself isn't. It's the album's lone low point. The song nobly intends to express distress over bullying and name-calling but gets mired in such Hallmark-card lines as "In God's eyes we're all the same / Someday we'll all have perfect wings."

In an interview I conducted with him in 1999, Michael Black emphasized that his father, who died in 1990, "had a real love of singing." On the back cover of the Black Family's "Our Time Together" are these words in tribute to Michael's late mother: "Your love of singing was priceless and immeasurable."

Additionally featuring Liz Carroll on fiddle, John Williams on concertina and accordion, Chico Huff on bass, and Mary Black on harmony, this splendid solo debut by Michael Black attests to how alive and vibrant his parents' vocal legacy is in him. 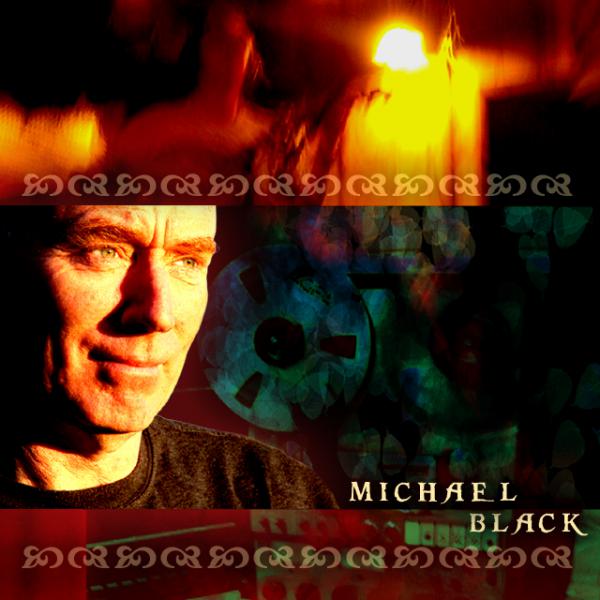 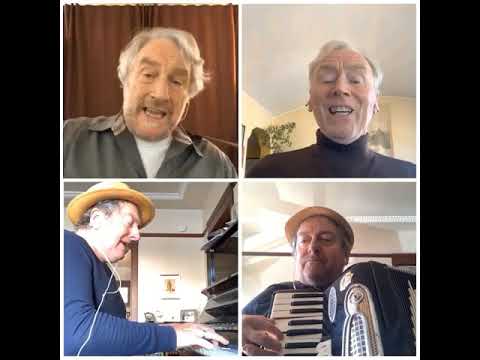 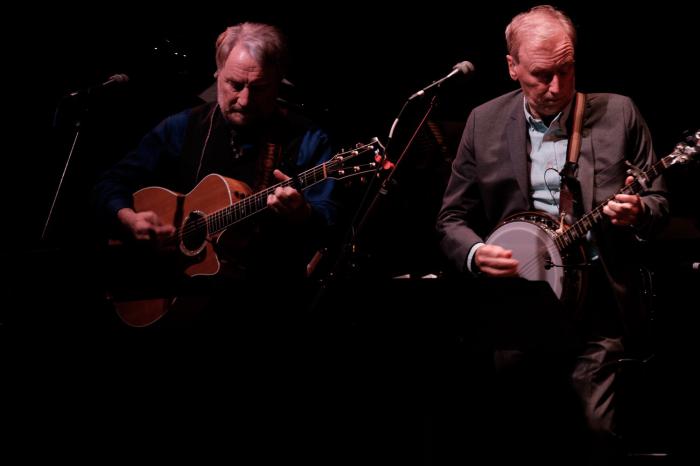